Since the end of the war, natural erosion has moved the coastline around Vigsø at least 140 metres back inland. As a result, two-thirds of the battery bunkers here are now to be found on the beach itself or actually in the water.

The coastal battery was under the command of the German Army and its task was to protect Hanstholm against a potential enemy landing on the beach at Vigsø Bay. The battery was armed with four French 10.5 cm field guns with a range of 11.5 km.

Work on constructing the position started in October 1941, and the battery was reported ready for action on 20 December 1941.

Coastal erosion was a problem even during the war, to the extent that the German forces were obliged to build a protective concrete wall in front of the battery in the autumn of 1944. This wall was soon destroyed by the sea, but the western section is still visible from the beach, at low tide and in calm conditions. 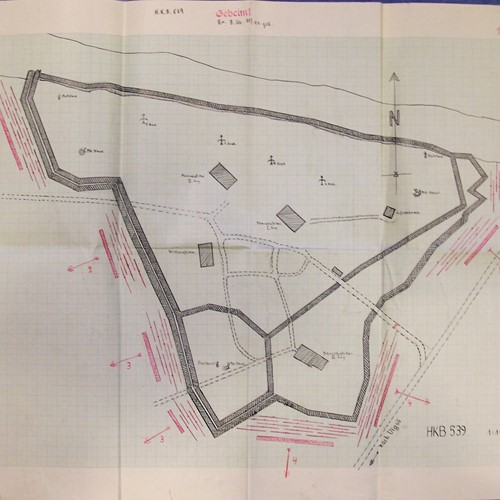 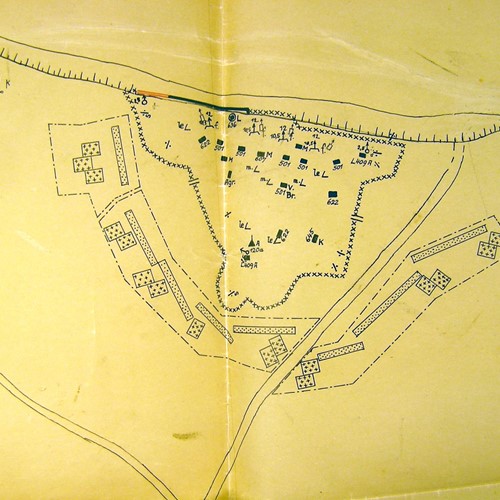 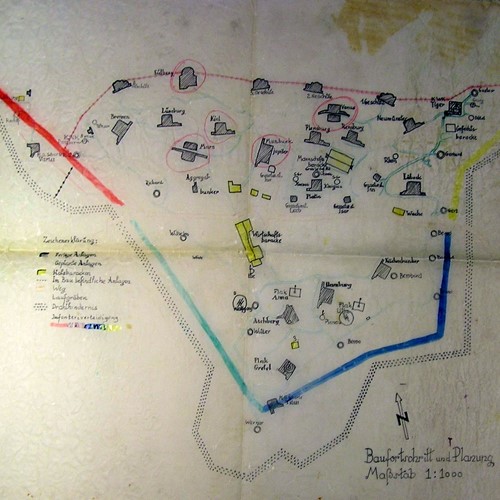 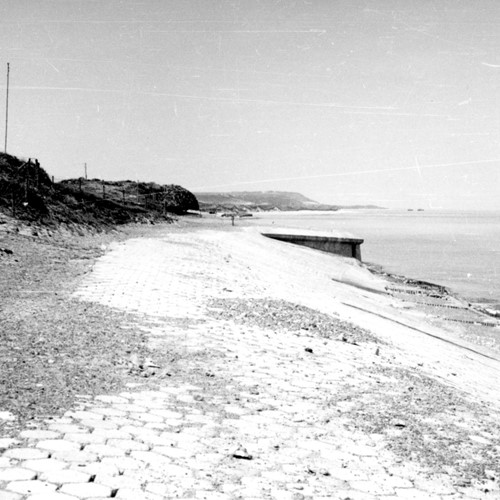 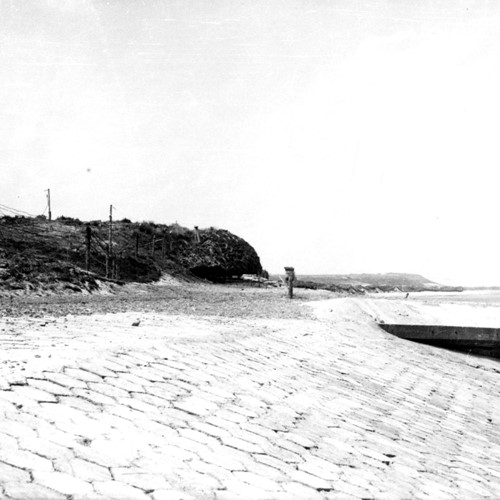 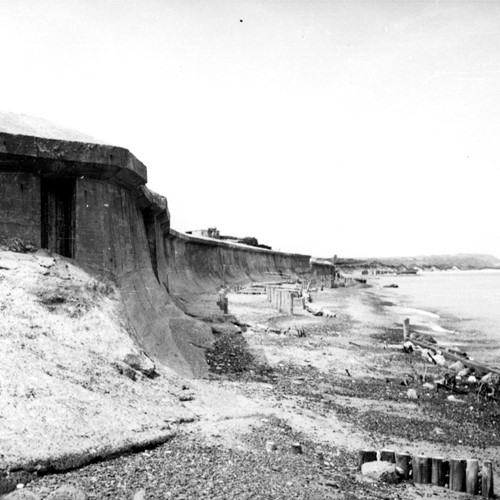 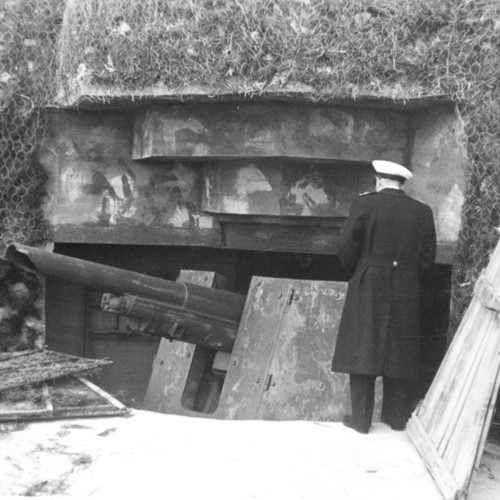 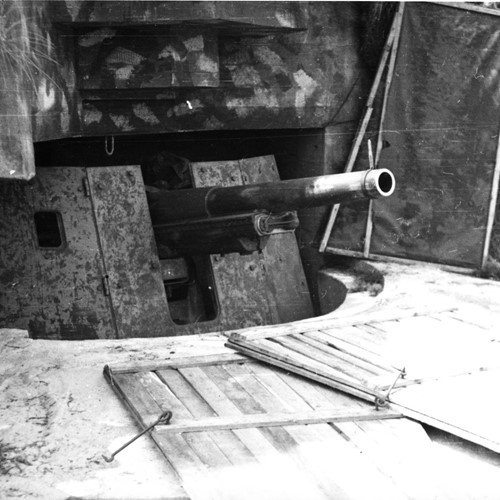 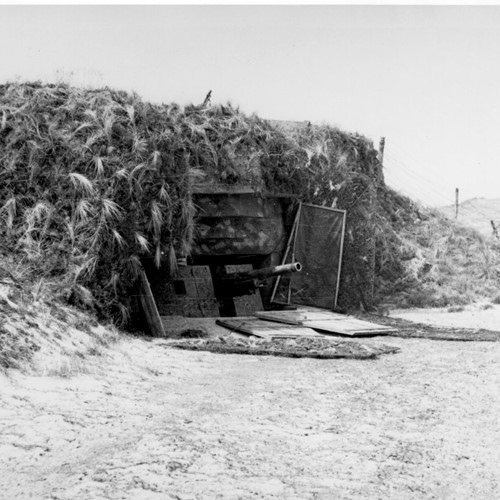 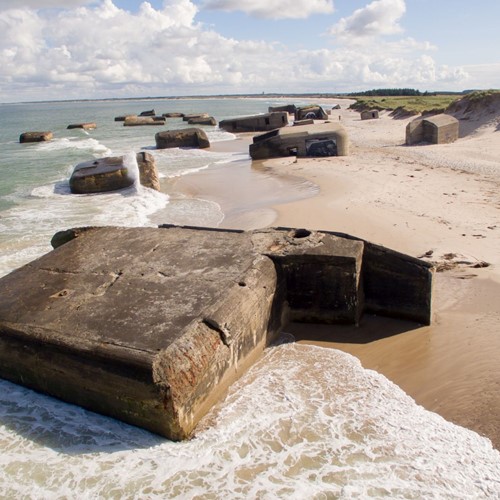 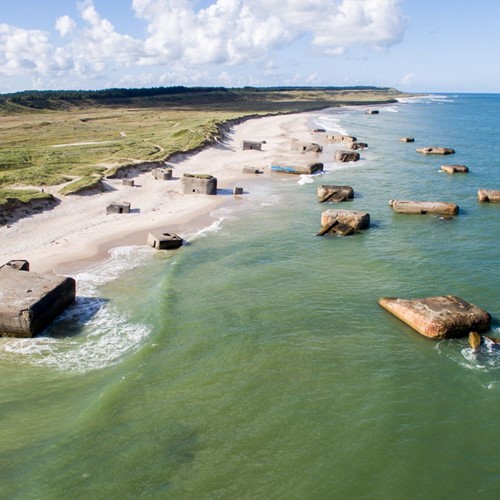 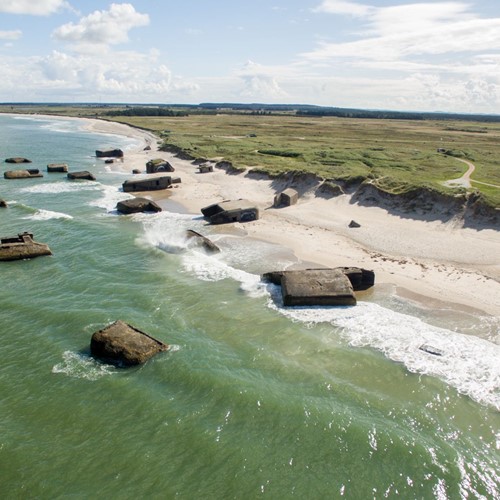 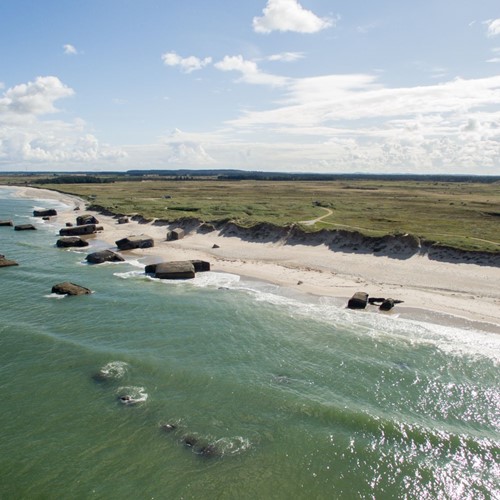 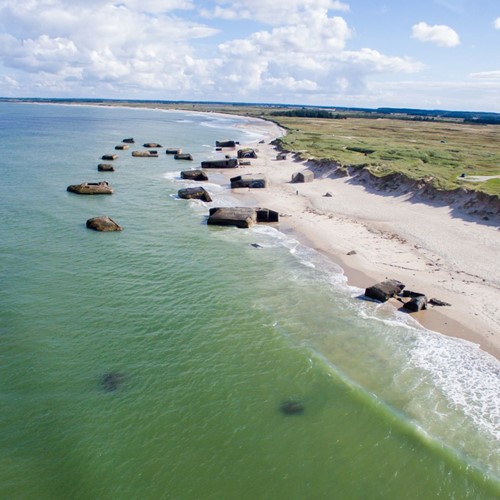 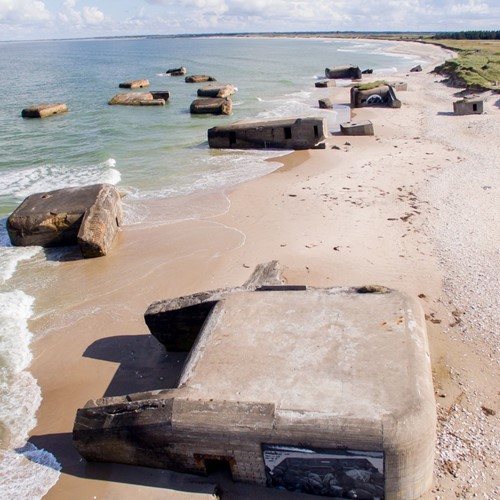 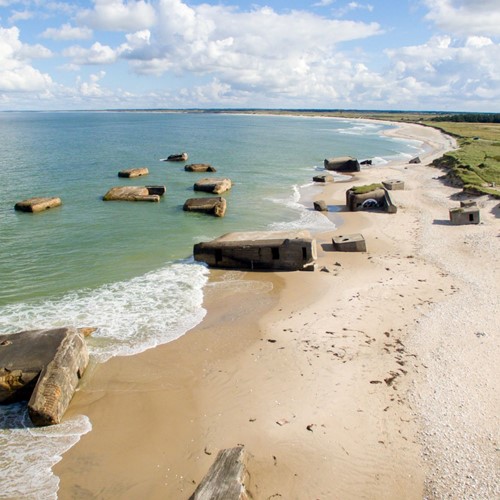 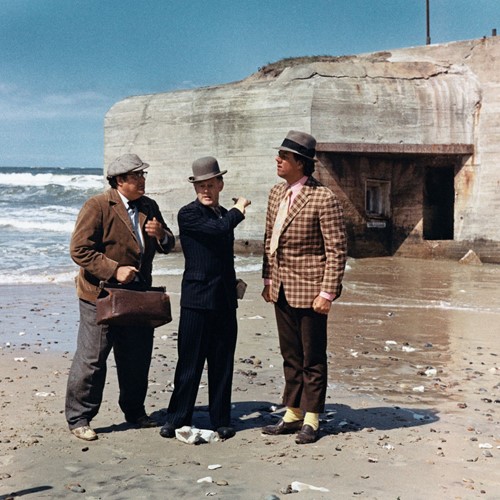 Regelbau 681,
bunker for machine behind armour plate.
(bunker blown up)

Bunker for charging of hand lamps.