The Stenbjerg strongpoint covered an area of 1.5 square kilometres that was cordoned off with barbed wire and surrounded by landmines. Even though the area is large, it contains relatively few bunkers.

The elevated ridge in the eastern section of the position, right next to the western edge of Stenbjerg, was used as a separate defensive emplacement. It consisted of an air observation post and a direction finding station for the 38 cm battery at Hanstholm.

The direction finding station for the Hanstholm battery was set up in January 1943. It was fitted with binoculars for establishing the direction – the bearing – to a ship at sea. Together with the bearing established from another station, it would then be possible to use triangulation to pinpoint the ship’s position. The installation initially consisted of a wooden barracks and a wooden shed, but in the summer of 1944 the German forces built a concrete bunker (Regelbau 668 type) for the equipment and the five-man crew.

An infantry company was stationed in Stenbjerg towards the end of December 1943 and barbed-wire fencing was laid out around the area in connection with the move. Subsequently, between the end of April and the end of May 1944, a total of 2,526 anti-tank mines and 7,892 anti-personnel mines were laid in the area.

In the western, larger part of the strongpoint, the positions were far less developed. The principal components were two flanking groups (each featuring two flanking bunkers and a ring position for a machine gun nest), as well as two extra ring positions and a concrete-block machine gun bunker (IS type emplacement). There were also 20 other bunkers built of wood and used to fulfil a variety of functions.

In February 1944, the navy engineers started work on a radar station featuring a See-Riese radar, which entered into service in August of that year.

The direction finding station from the 38 cm battery is open to the public today, and laid out as a vantage point with a powerful set of binoculars and information boards. The other bunkers in this position are also accessible.

Few of the original installations that made up the strongpoint are visible today – the flanking groups are normally completely concealed, sunken into the beach. The trench systems are, however, still visible in the dunes to the south and north of the road leading to the beach, and visitors can follow them for quite a long way. 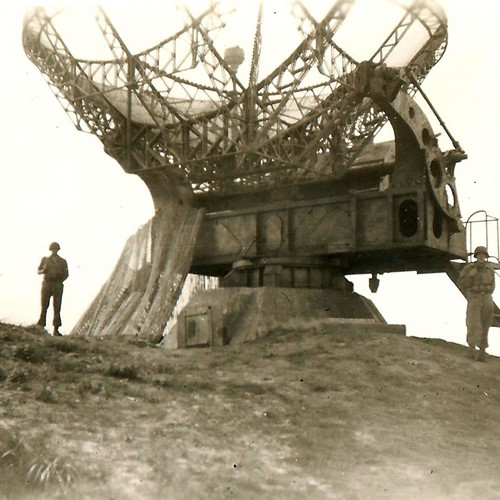 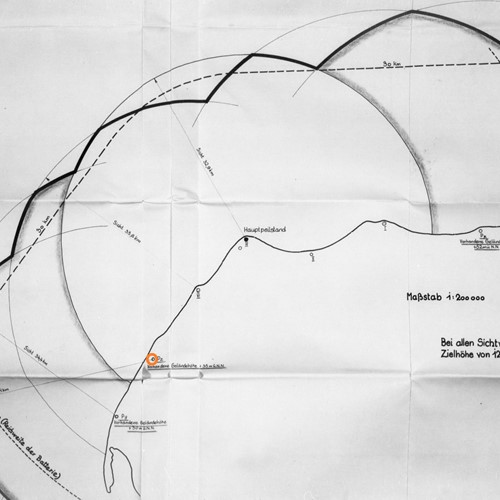 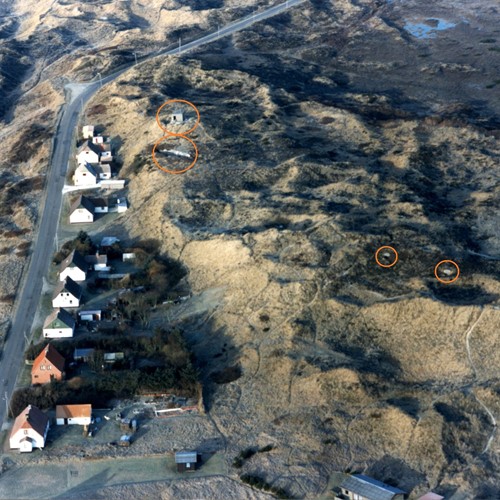 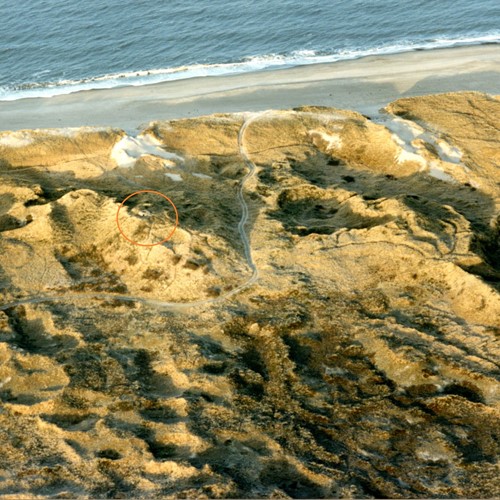 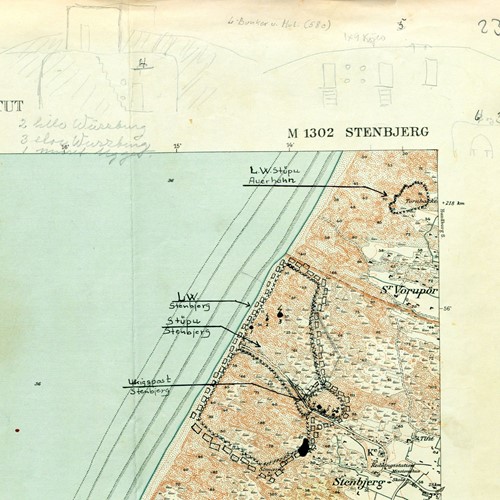 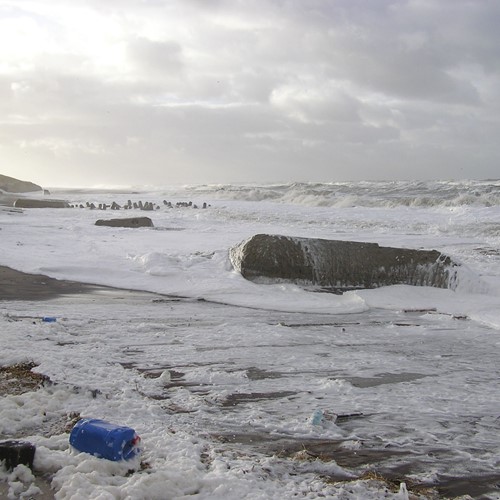 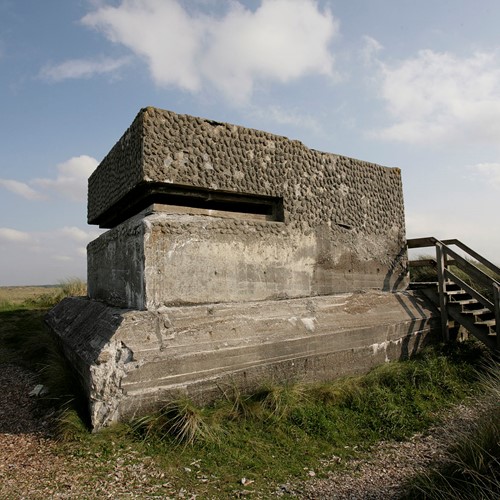 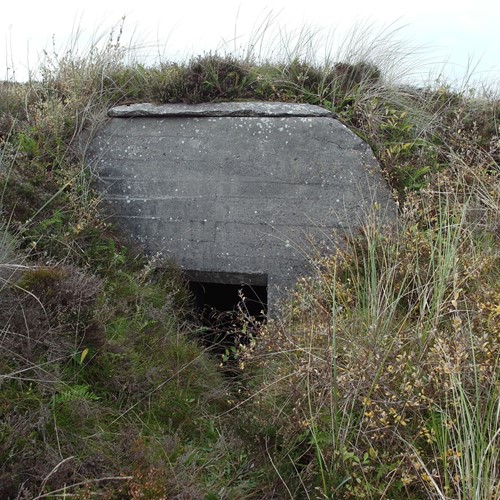 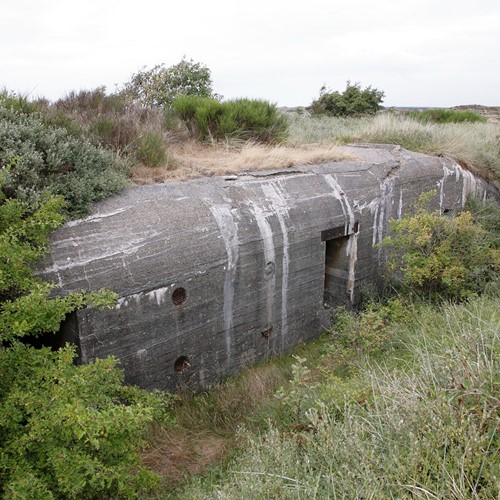 F-Stand,
bunker with embrasure for machine gun.
(completely sunken into the beach)

F-Stand,
bunker with embrasure for machine gun.
(completely sunken into the beach)