The top of the ridge at Sanden Bjerggård provides an excellent view out over Jammerbugten Bay, so this was one of the locations where the German Army started work on a permanent coastal battery in March 1943.

The battery had initially been set up on the coast, immediately behind the beach at Slettestrand in July 1942, but by the end of the same year it had been decided to relocate it to the top of Lien ridge, around 1.4 kilometres farther inland.

It was not originally an actual coastal battery, but a mobile gun battery from the local infantry division armed with four Czech-made 10.5 cm field howitzers. In January 1944, the division battery was replaced with a regular army coastal battery armed with four Russian 12.2 cm field guns that were positioned on open concrete firing platforms to start with. Work to establish four bunkers with gun slits commenced in October 1944, but only one of these was completed before Denmark was liberated.

Even though work on constructing solid concrete bunkers with 2 metre-thick walls and roofs was begun in March 1943, it seems that the guns themselves were not put in place until December of that year.

A total of 12 permanent bunkers were built here, along with 12 other bunkers with thinner concrete walls.

The half of the position located west of Sanden Bjerggård is now open to the public, and visitors have access to three bunkers, including the fire control bunker. The rest of the area is heavily overgrown with scrub and therefore quite inaccessible. 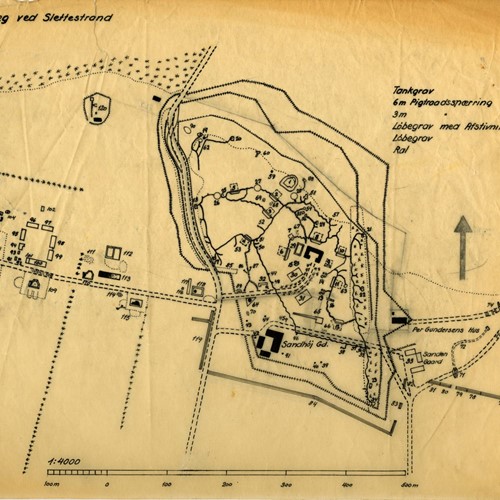 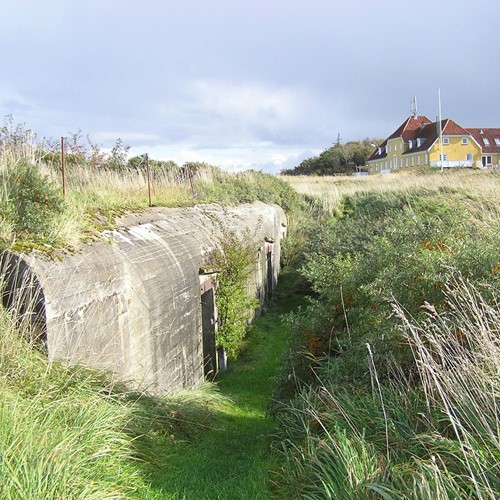 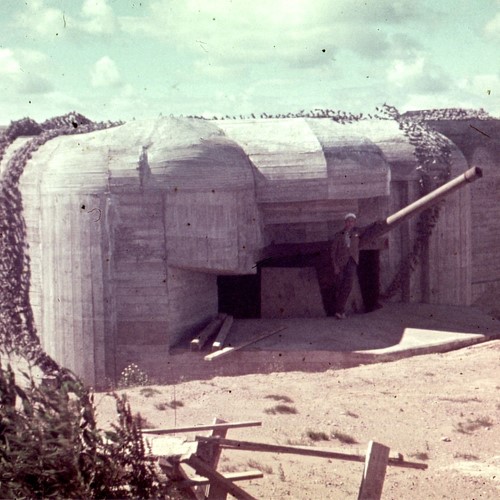 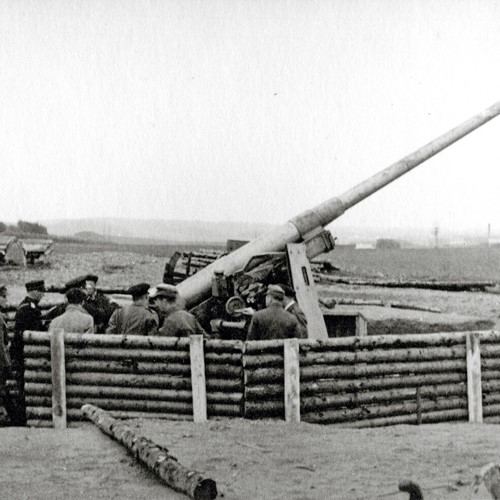 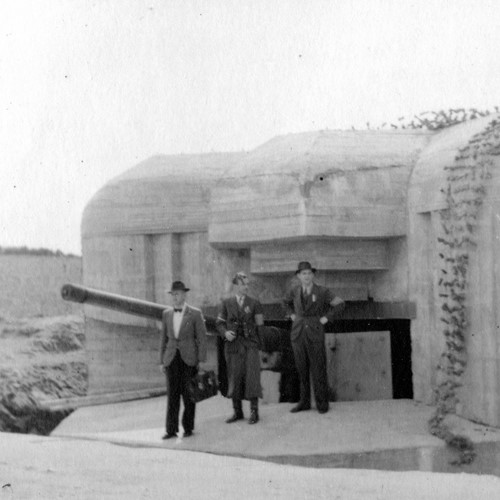 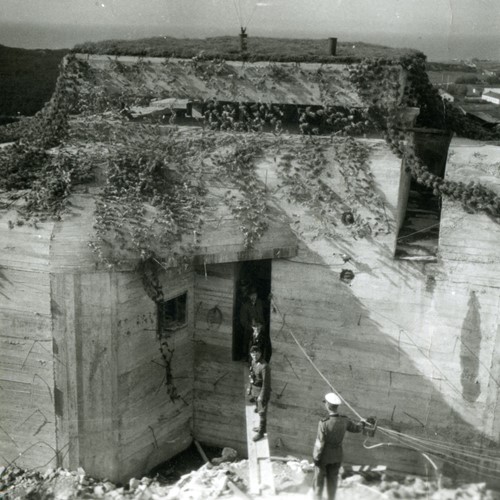 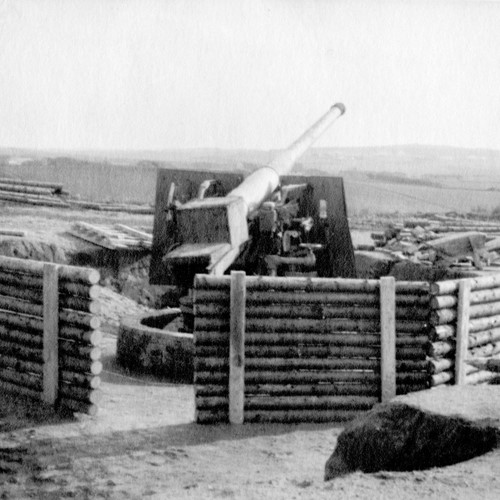 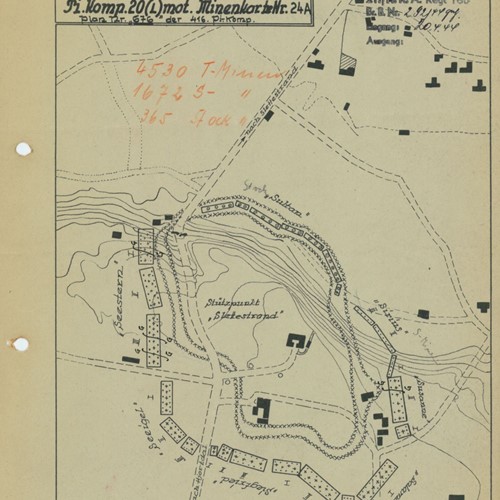 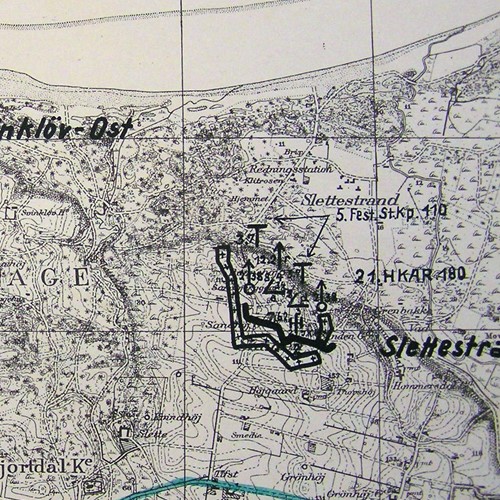