The German coastal battery at Skagen was located on the east side of the “Grenen” promontory between Fyrbakken hill and the Grey Lighthouse.

Work to build the battery began in early May 1940 and by mid-June it was ready for action, armed with four Danish 12 cm coastal guns “borrowed” from the Danish Coastal Defence Forces’ depots.

Up until the autumn of 1942, the battery buildings consisted of wooden barracks and earthworks, and the guns were mounted in open emplacements with concrete firing platforms. The first sturdy concrete bunkers with 2 metre-thick walls and roofs were built in September 1942, and the last of a total of 16 large bunkers was completed in May 1944.

In early 1944, the battery received four extra guns of the same type as the old ones. The new guns were positioned in open emplacements on concrete firing platforms to the rear of the battery from where they could fire towards the west. Concrete bunkers with slits for the guns were built in May 1944.

Since the end of the war, the sea has eroded 40 metres of the coast along the east side of “Grenen”, so the first row of bunkers comprising the four gun emplacements and the fire control bunker have been washed clear and are now completely visible on the beach. The emplacements farther inland have remained almost untouched, but are now heavily overgrown. 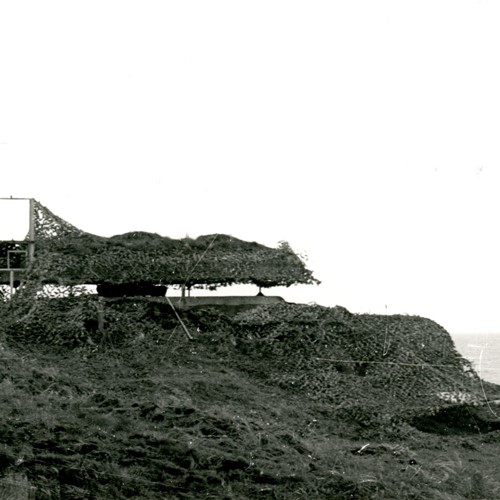 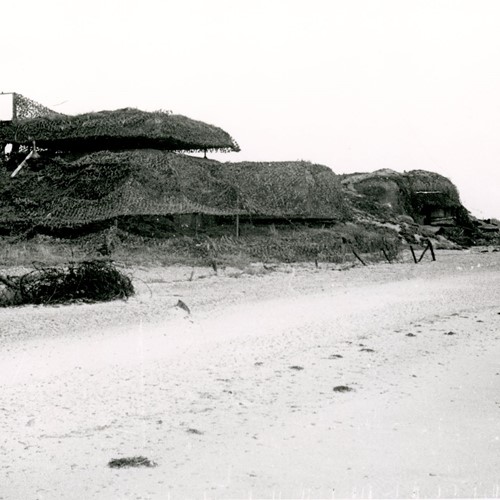 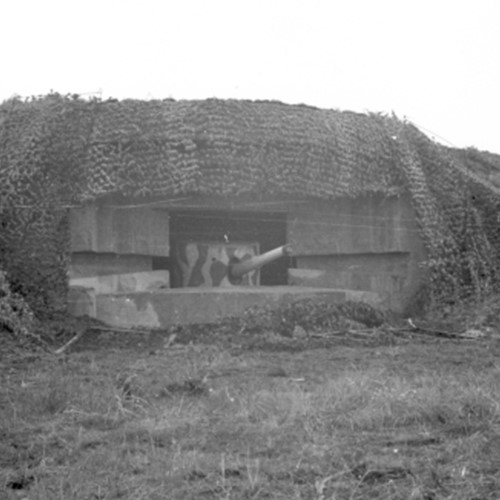 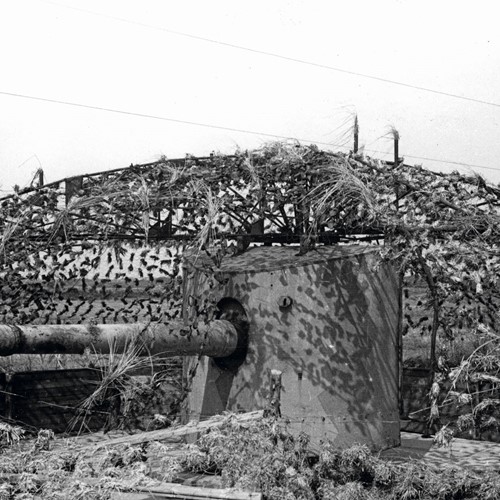 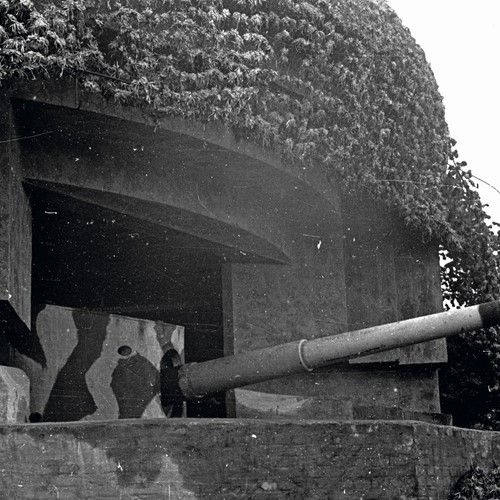 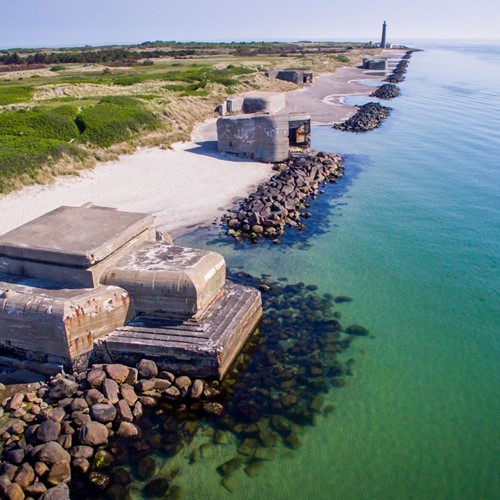 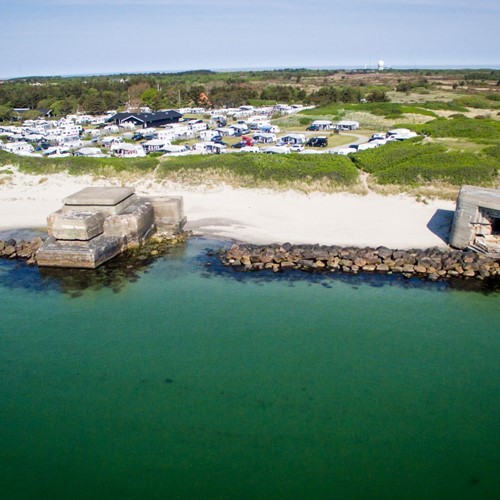 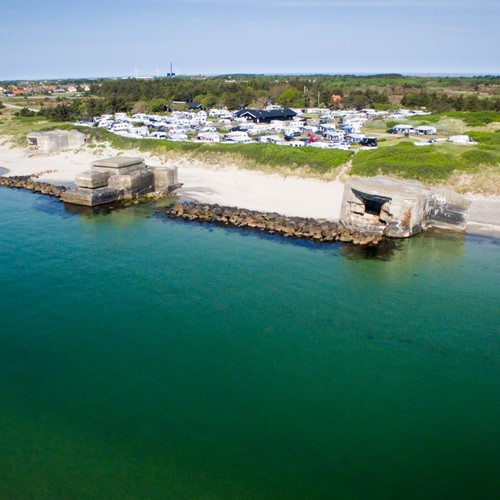 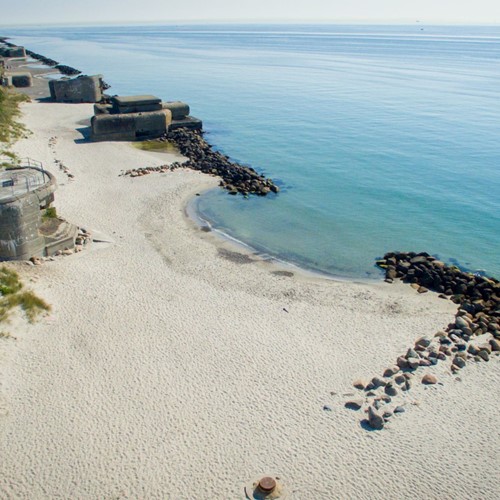 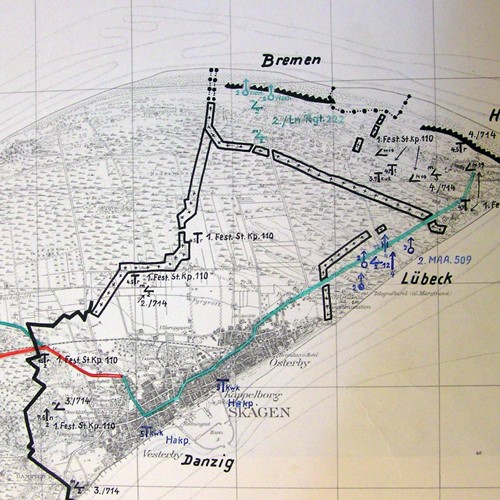 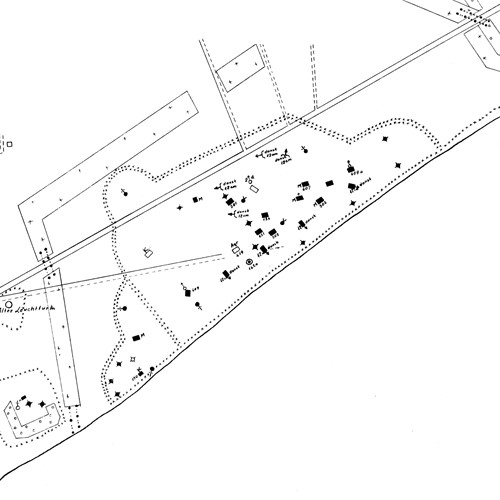 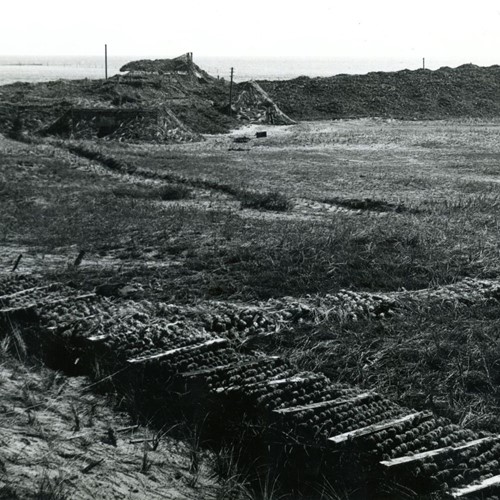 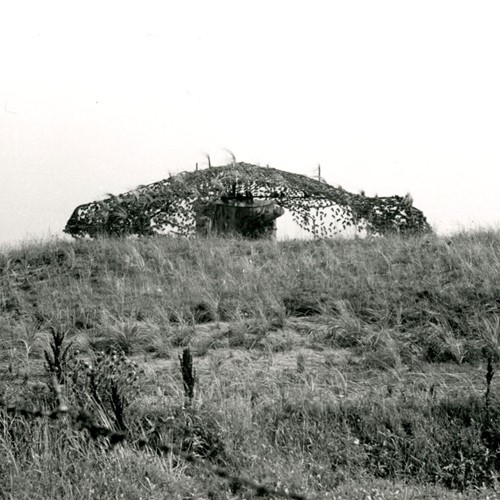 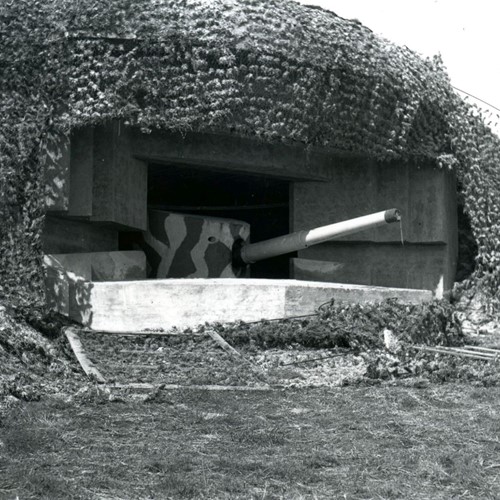