Operated by the German Navy, the 38 cm battery at Hanstholm was the largest and best developed of all the German coastal batteries in Denmark.

With its four 38 cm guns, the “Hanstholm II” battery was intended to cover the approach to Skagerrak. Together with the “Hanstholm I” 17 cm battery, the big guns here were to guard the narrow channel through the extensively mined stretch of sea between Hanstholm and Kristiansand in Norway to keep the British fleet out of the waters of Skagerrak. In contrast to their 17 cm counterparts, the giant 38 cm guns – which could fire shells weighing up to 800 kg – would be capable of sinking warships attempting to make their way along the safe channel. What is more, the big guns had a range of 55 km, almost halfway to Norway, so they could also protect most of the minefields against minesweepers

Building work began in November 1940. It was a huge project comprising a giant bunker with a floor area in excess of 2,000 square metres and including crew quarters and ammunition stores for each of the four guns.

There were also a two-storey fire control bunker, two large ammunition bunkers, a separate electricity supply bunker and four small bunkers for 3.7 cm anti-aircraft guns. In addition, a narrow-gauge railway was set up to carry the heavy munitions between the ammunition magazines and the gun emplacements.

Four large brick buildings were constructed along Molevej to house a hospital, canteen and other service functions.

Each of the 38 cm guns had a 90-man crew, and with its full complement the installation was served by a detachment of up to 600 men.

When construction of the “Atlantic Wall” was initiated in the summer of 1942, the battery area around the 38 cm guns was significantly expanded.

A museum has now been set up in one of the gun bunkers in the western section of the 38 cm battery, and in the open air part of the museum all the bunkers have been excavated and made accessible to visitors. Moreover, a network of paths criss-crosses the area and a part of the old ammunition railway has been re-established so that in summer visitors have the chance to ride an old munitions train through one of the giant ammunition bunkers and the westernmost gun bunker. 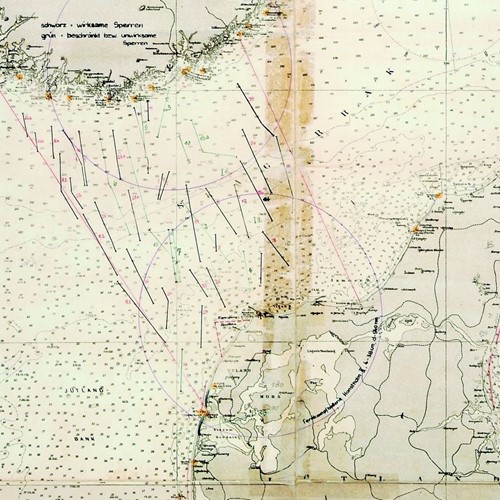 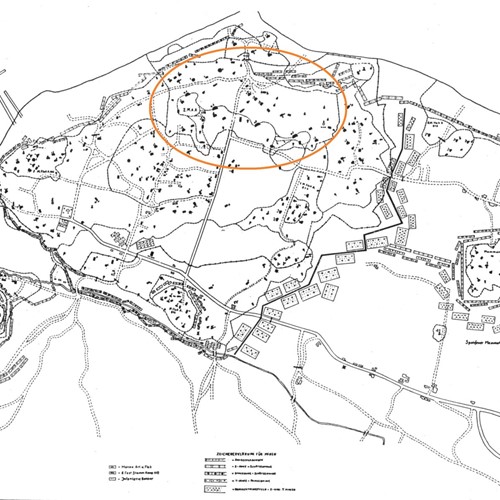 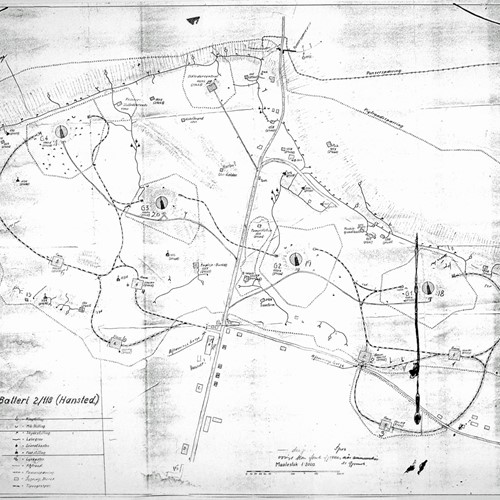 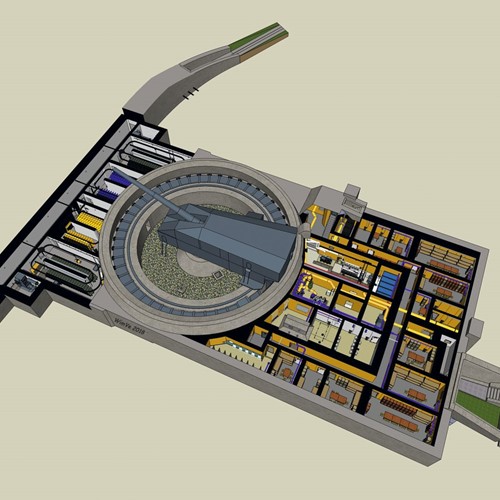 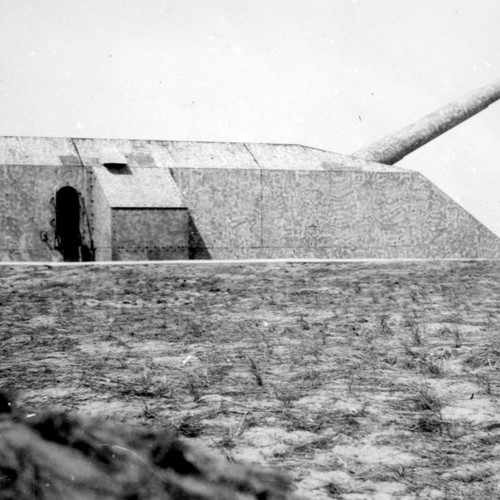 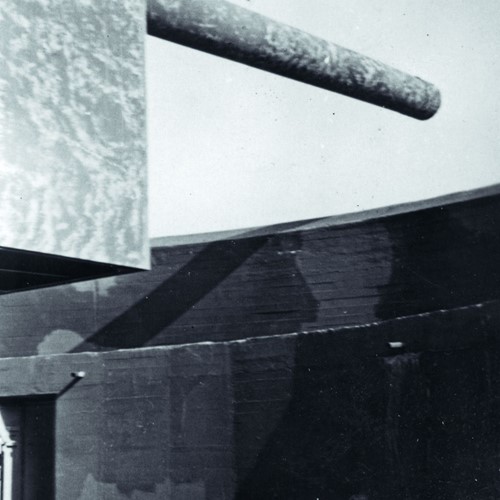 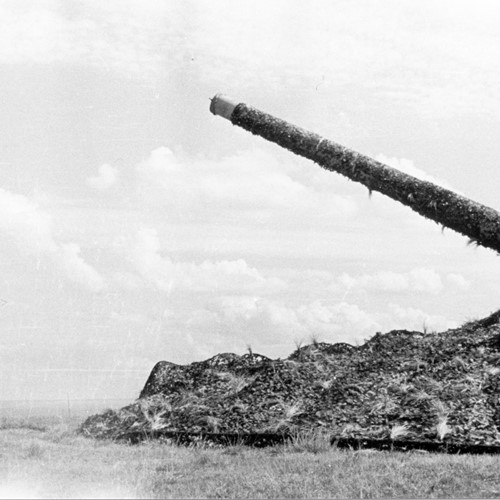 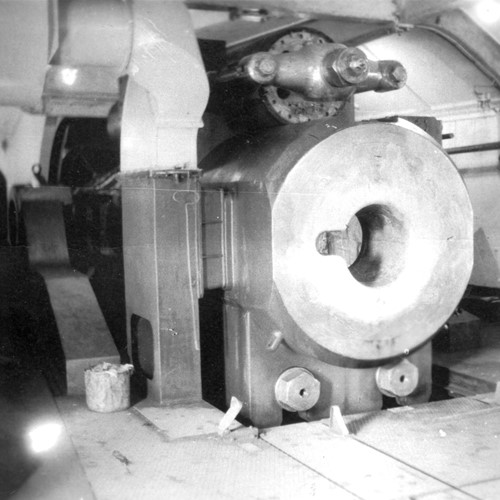 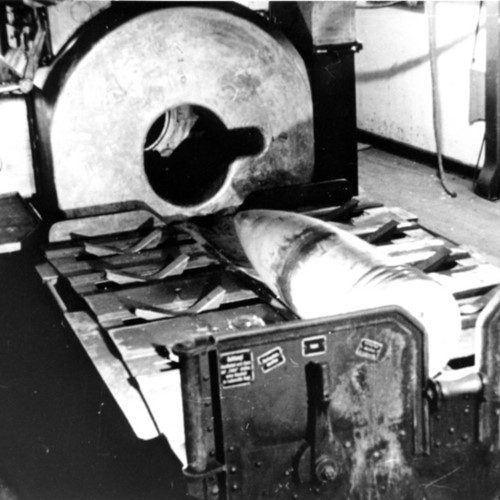 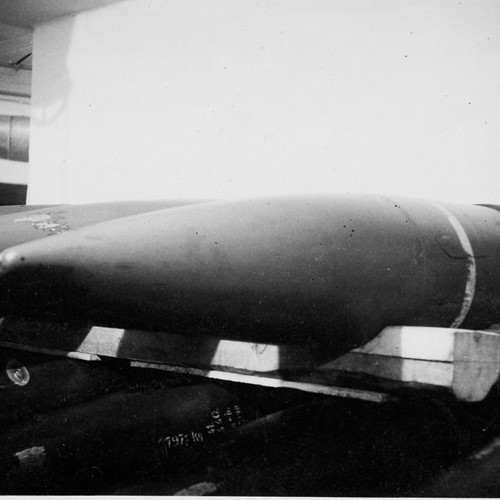 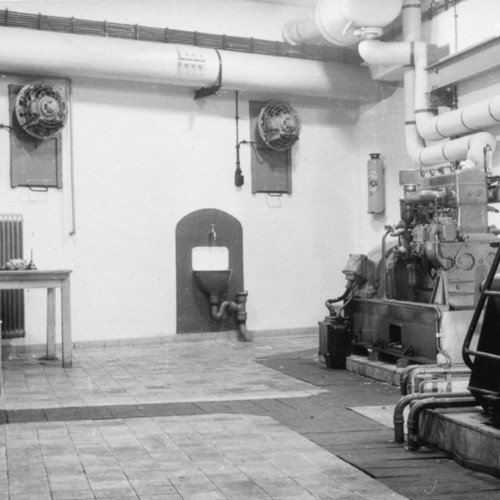 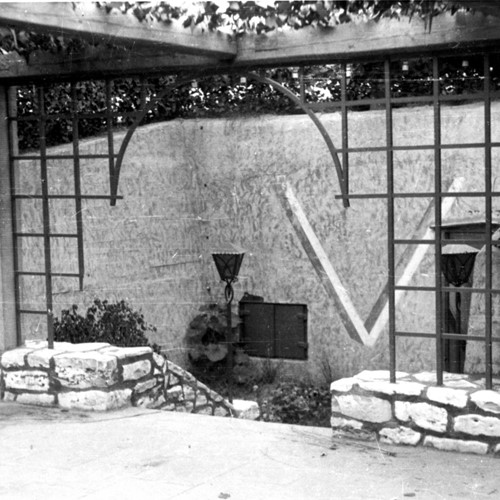 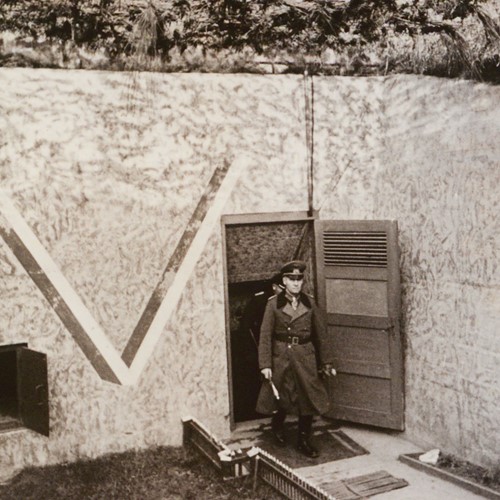 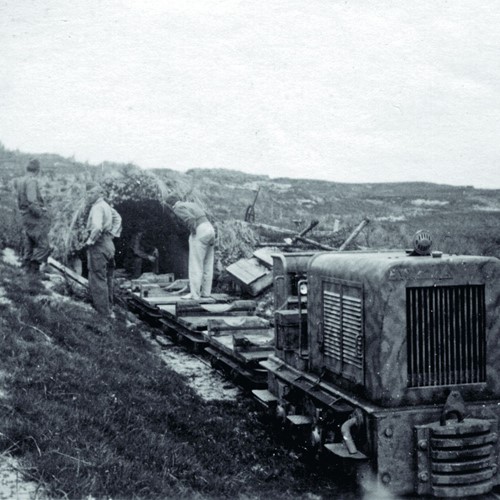 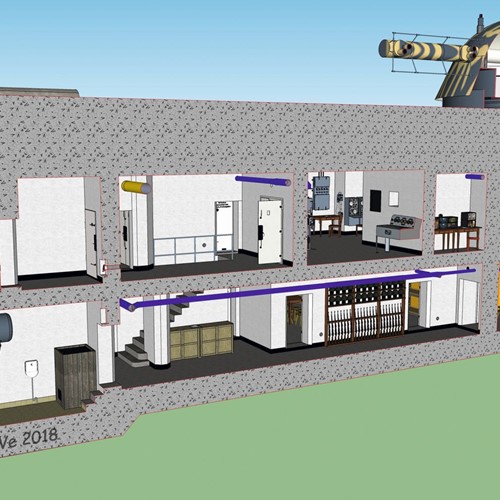 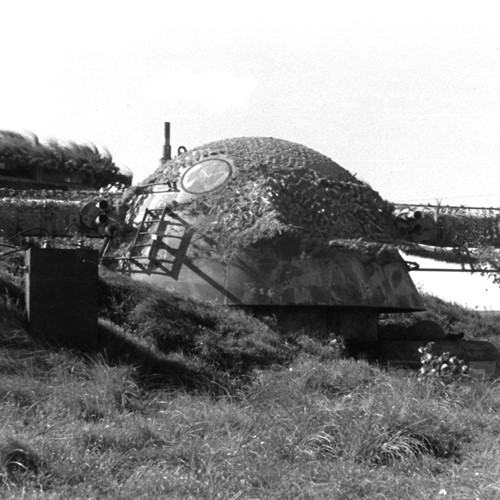 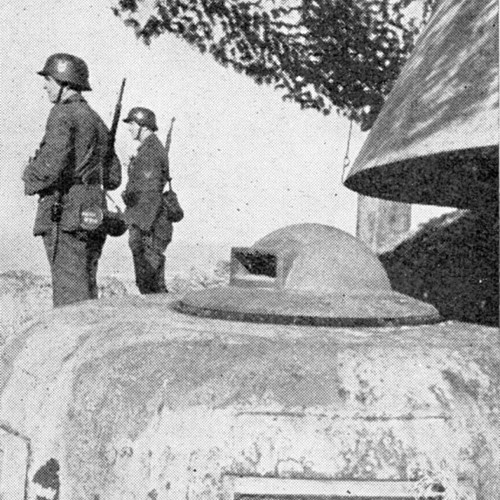 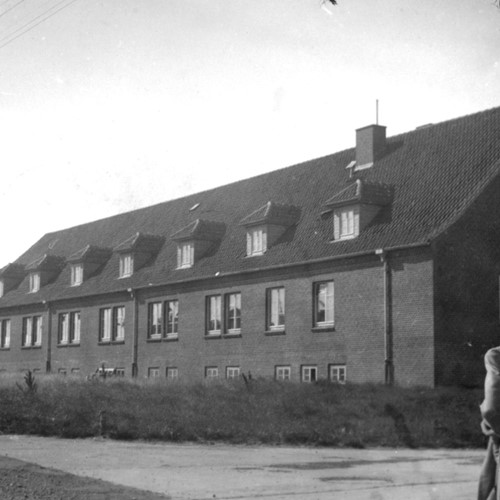 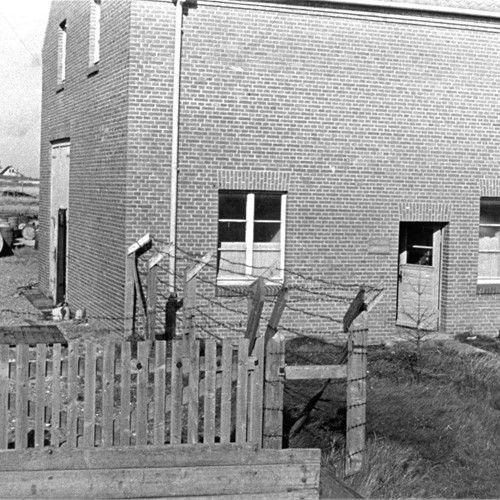 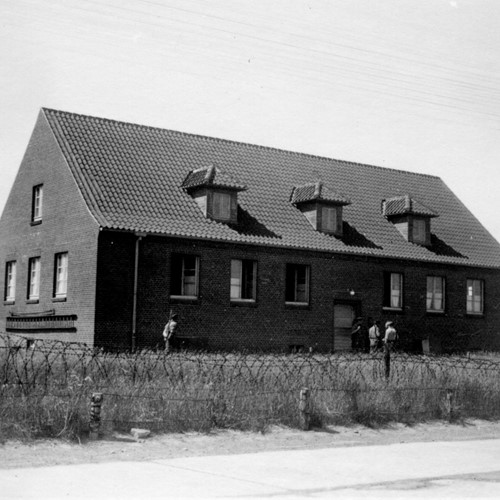 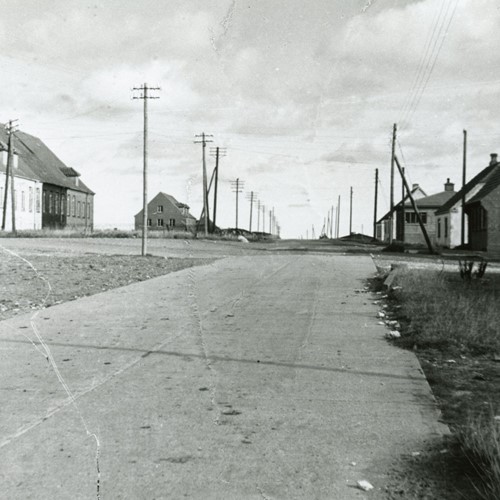 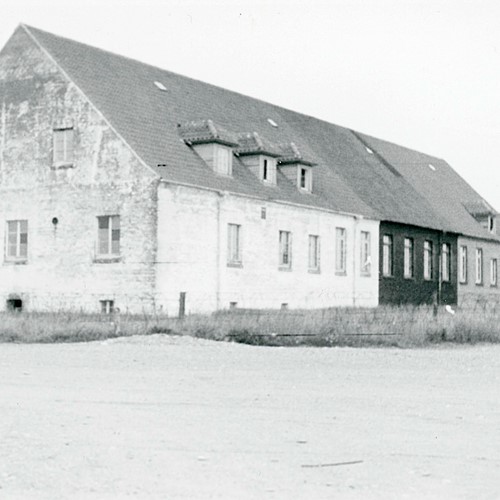 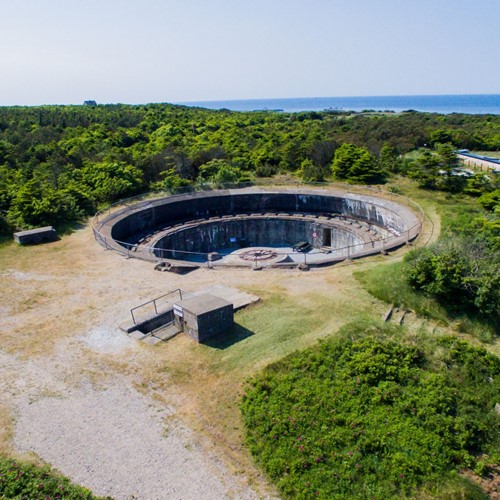 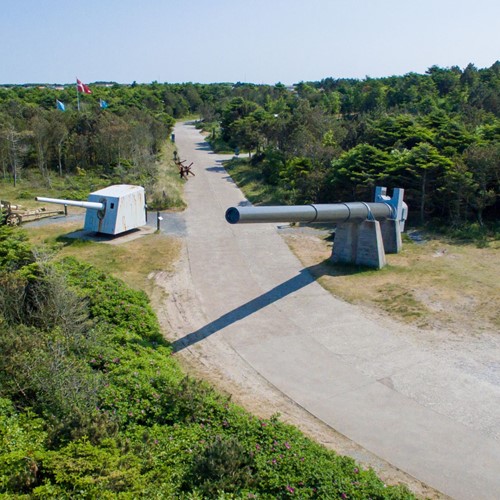 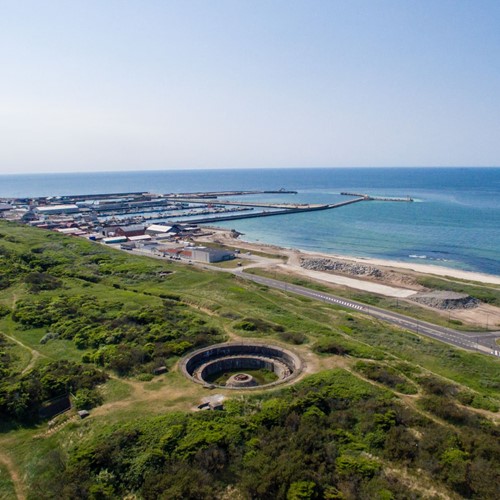 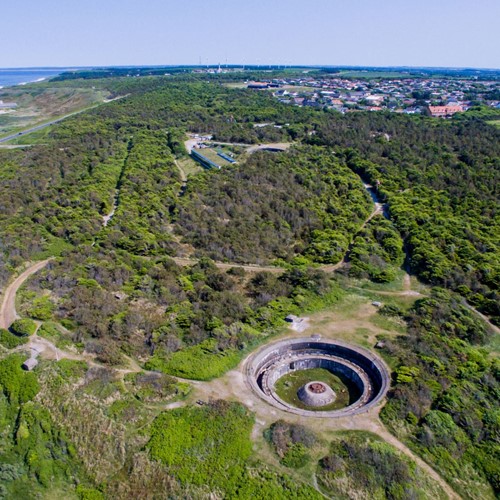 Bunker for generator for radar.

Regelbau L/411A,
bunker with garage and generator for 60 cm searchlight.