The coastal battery “Hanstholm I” located at the northern end of the Hanstholm nature reserve is one of the best-preserved bunker installations in Denmark. The area is completely untouched by post-war development.

The German Navy began building the structures for a coastal battery here as early as 12 April 1940. The battery guns were to protect a channel through the extensively mined stretch of sea between Hanstholm and Kristiansand in Norway, intended to keep the British fleet out of the waters of Skagerrak. The guns were reported ready for operation on 4 May 1940.

The battery was armed with four old 17 cm naval guns (1901 model) with a range of approximately 20 km. They were seated on concrete foundations on the dune tops, and the crews that manned them were billeted in a wooden barracks camp around 500 metres north-east of the guns.

Work to build solid bunkers with walls and ceilings 2 metres thick commenced in the summer of 1942. The first of these bunkers was complete in August 1942, the last in April 1944. The final bunkers to be built were four giant installations with firing slits for the guns and walls thick enough to protect them from heavy shelling.

In all, approximately 50 concrete installations were constructed for this fortified position, including 19 bunkers with 2 metre-thick walls and roofs.

The battery was served by a crew of around 200 men.

In the early 1950s, the Danish armed forces conducted blasting experiments at the site to test the resilience of the bunkers – the experience gained was to be applied to the construction of new Danish forts on the islands of Langeland and Stevn. In addition, the bunkers were used for controlled detonation of dangerous munitions until the mid-1990s, which is why some of the battery bunkers are so badly damaged today. 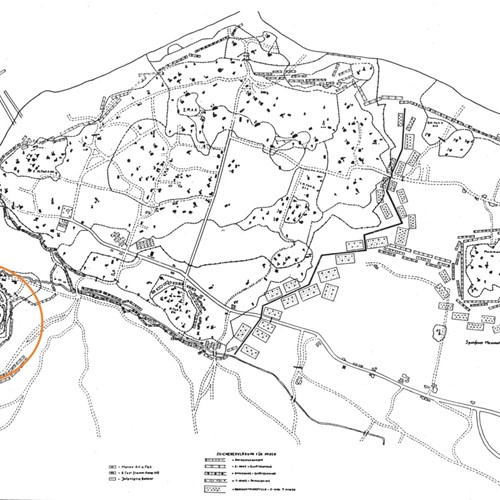 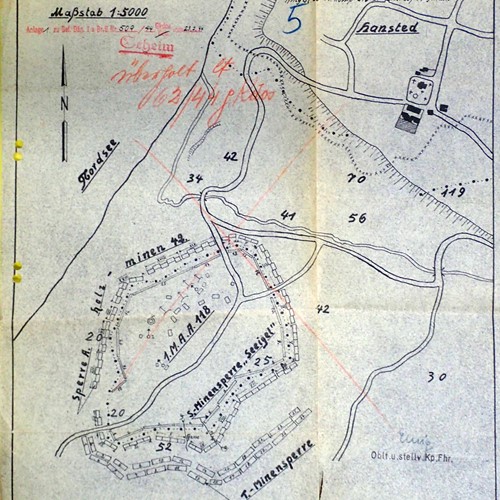 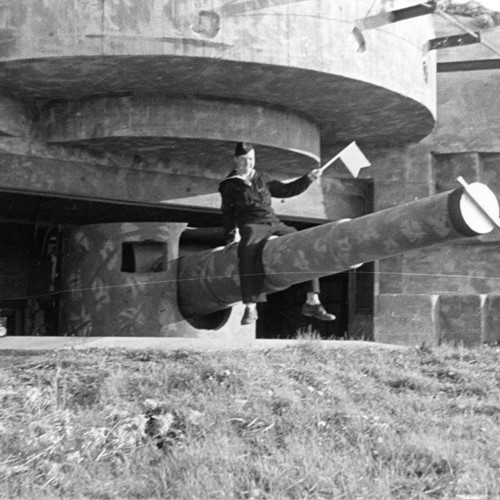 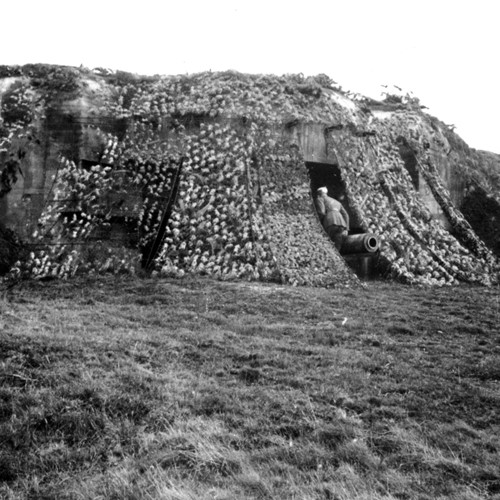 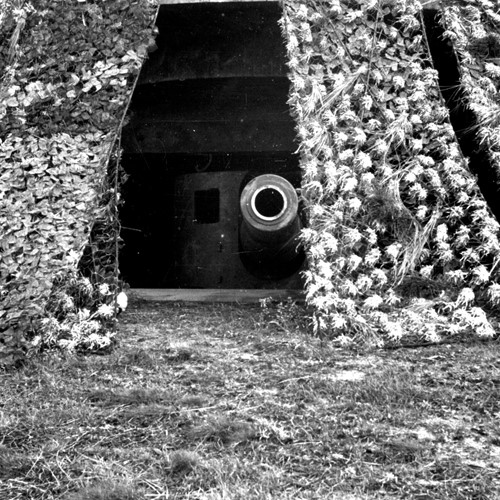 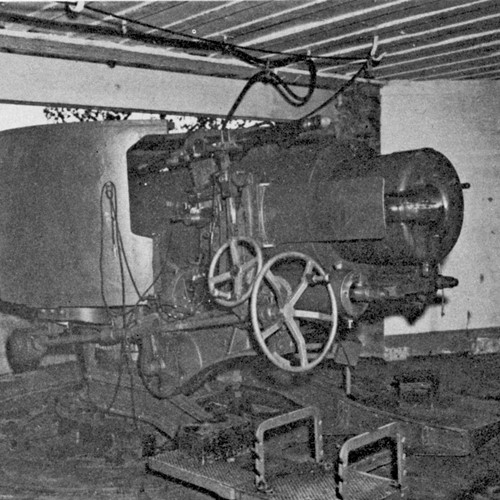 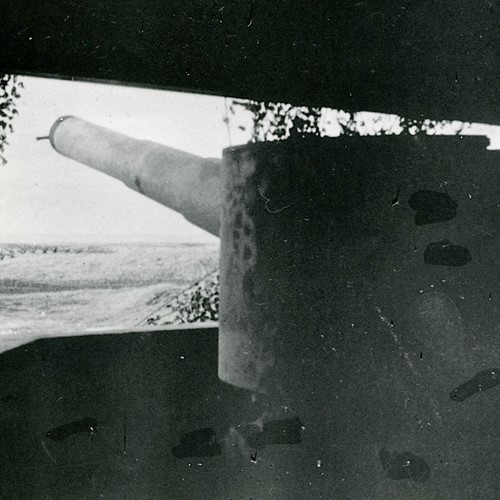 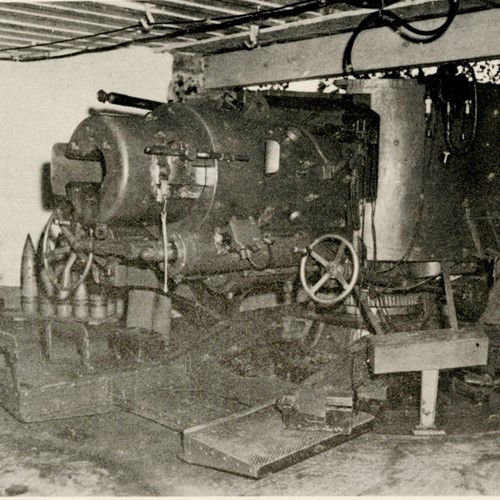 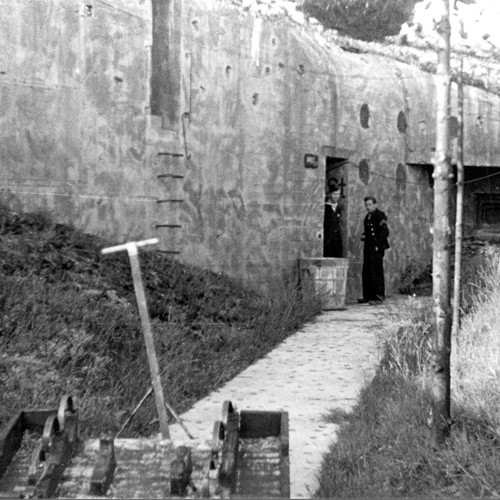 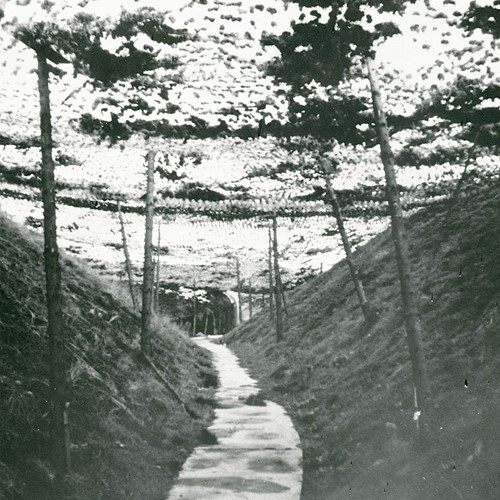 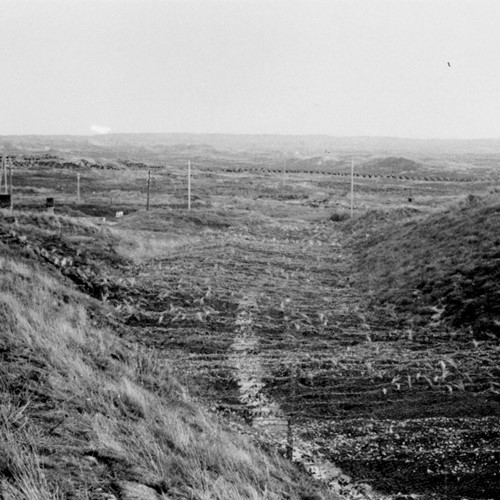 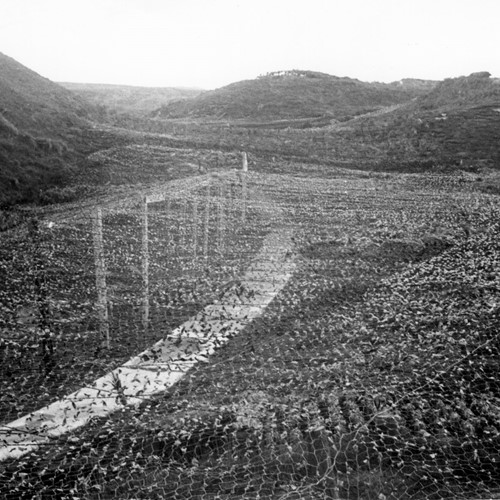 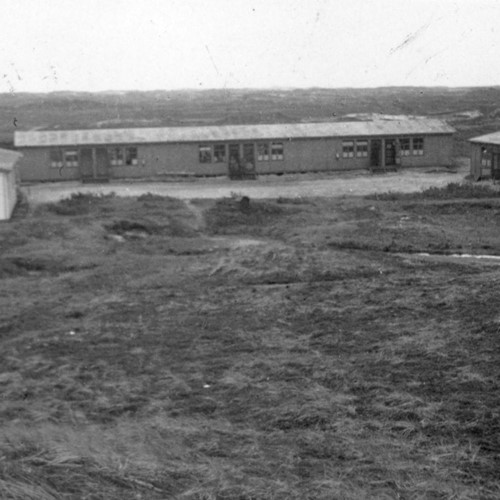 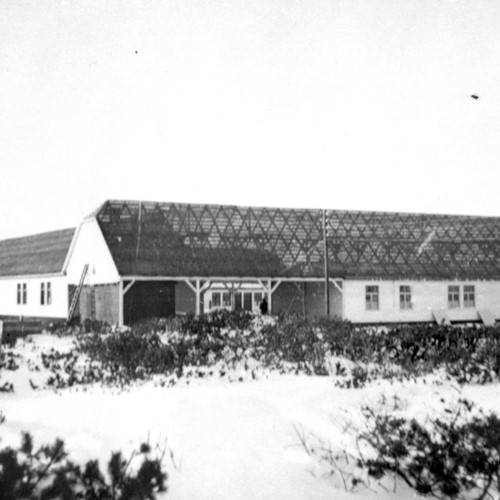 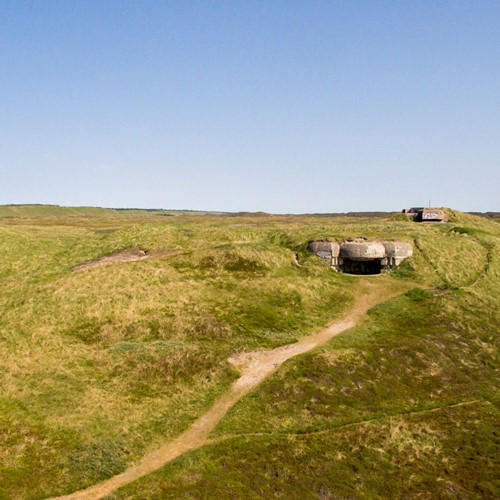 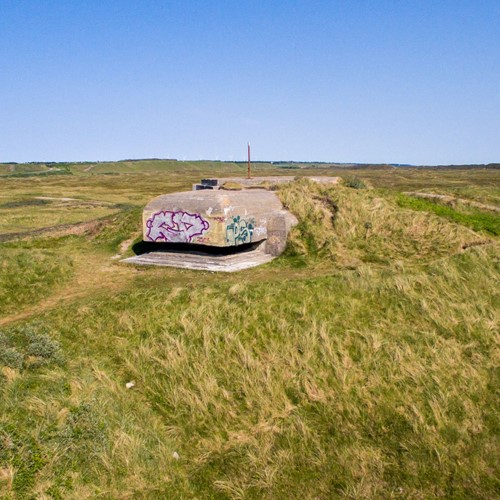