Bangsbo Fort is located on a hilltop plateau on the southern outskirts of Frederikshavn, and the vantage point 82 metres above sea level provides a remarkable view out over Frederikshavn and the waters of the Kattegat. On clear days, the it is possible to see all the way to both Skagen and Læsø.

The unimpeded view from this height was the reason why the occupying German forces chose to establish the first fortified position here as early as in April 1940, and why they maintained a presence at the location until the liberation of Denmark. Initially, it was the German Air Force that installed a mobile battery of 8.8 cm anti-aircraft guns here, but soon after – in May 1940 – this was replaced by a stationary battery of anti-aircraft guns of the same calibre operated by the German Navy. These guns were subsequently replaced on three occasions, and at the end of the occupation the battery was armed with powerful 10.5 cm guns.

May 1940 also saw the start of work on a coastal battery that was reported ready for action towards the middle of June. This battery was originally equipped with German 15 cm naval guns, but these were later replaced twice, firstly with Danish 12 cm coastal guns, and then again in spring 1944 with 15 cm naval guns from the Danish warship Niels Juel.

Together with the headquarters for the marine division commander and the North Jutland artillery division, the two batteries at Bangsbo constituted the “Stronghold Frederikshavn South” installation. Up until the autumn of 1942, the position consisted of wooden barracks and earthworks, as well as some simple bunkers in thin concrete. The first robust bunkers with walls and ceilings made of 2 metre-thick concrete were completed in October 1942, and the last of a total of 34 large bunkers was finished in July 1944. The fortified position also featured 17 light concrete bunkers and 30 other concrete installations of various types. The entire area was surrounded by a triple barbed-wire fence and several minefields.

The Royal Danish Navy took over the area in September 1945, initially making extensive use of the installations abandoned by the German forces. The position was later expanded to include a naval radio station and a coastal radar station. On completion of a project to extend and modernise the facility – which included building ten new bunkers – the fortified position entered service in 1952 under the new name of “Bangsbo Fort”. The fort itself was closed down in 1962, but the naval radio station and the coastal radar station remained in operation in the area, along with Kattegat Marine District. The Royal Danish Navy still uses a small part of the installation today.

In 2005, the North Jutland Coastal Museum converted part of the area that the Royal Danish Navy is not using into an open-air museum and bunker museum. A unique aspect of the fort is that the guns still stand in their original positions in the bunkers. 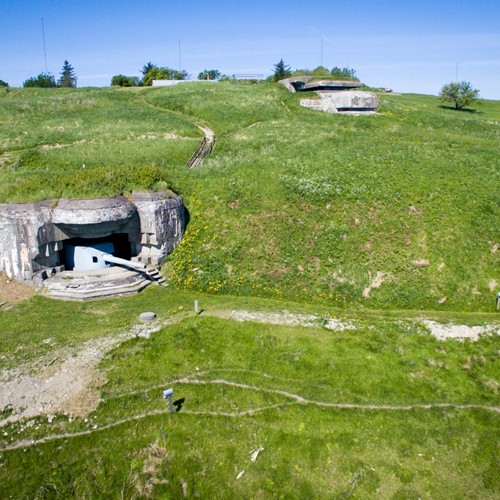 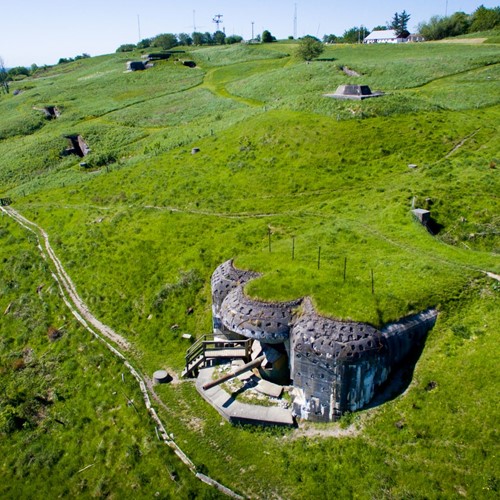 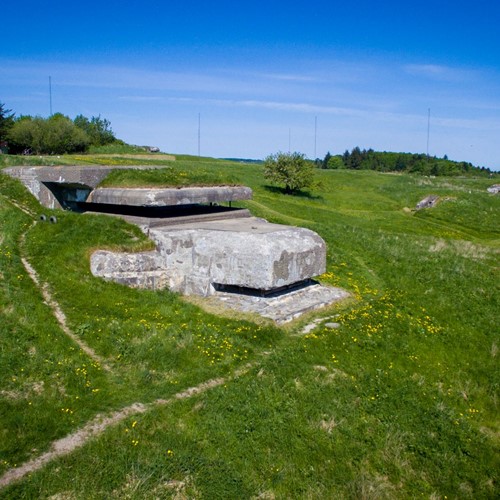 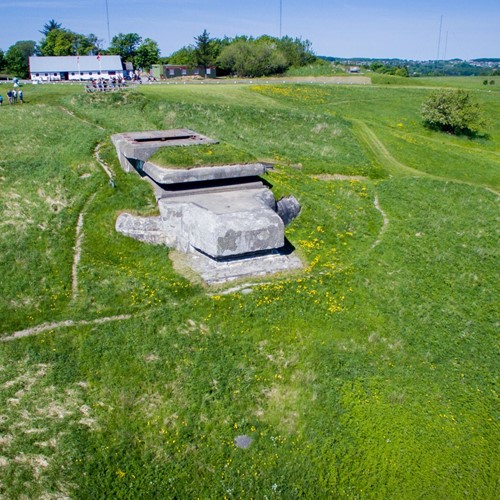 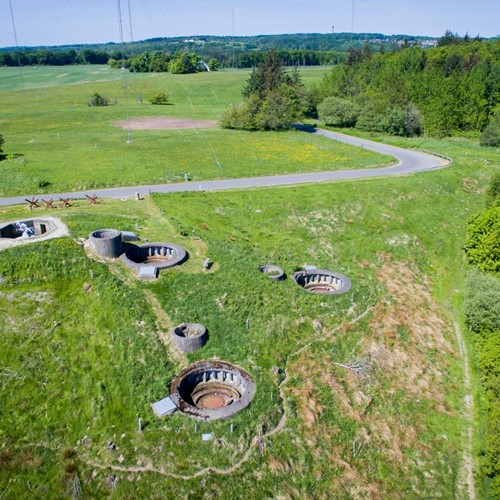 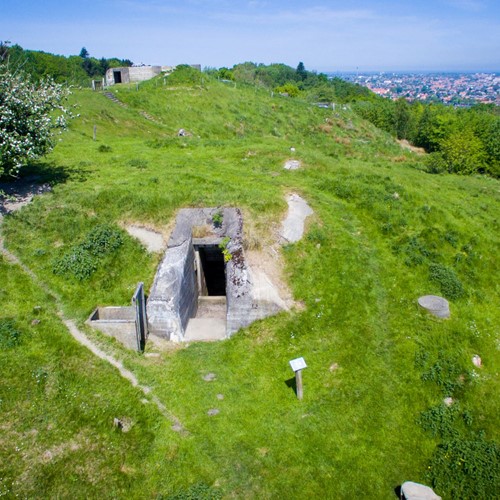 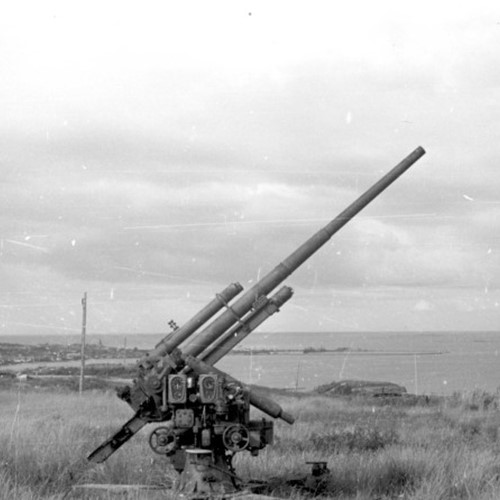 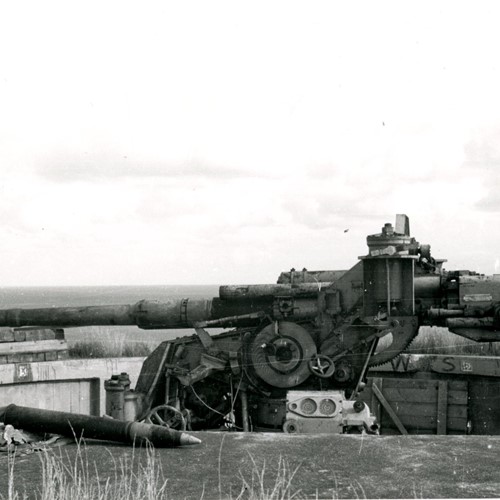 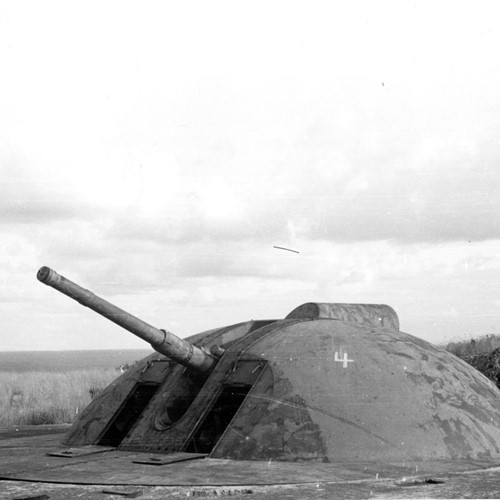 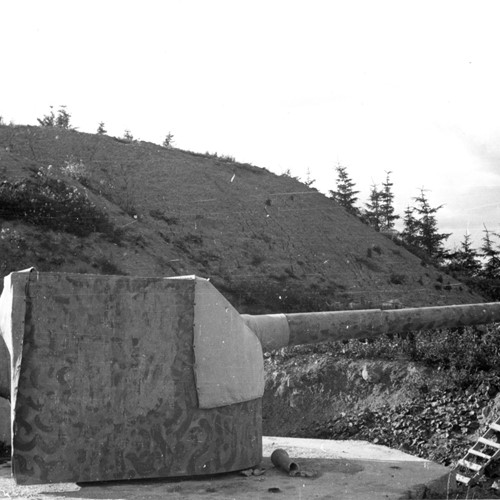 Open emplacement for 15 cm ship gun.
The foundation itself is German, but sides and ammunitions rooms were built but the Danes 1952.